Using the idea of flip books the children made flip cubes whereby they could rotate the cubes to invent new characters. They all drew a self portrait, a wild thing, an animal and for the 4th face of the cubes they drew a free choice image. Then they drew their designs in 3 sections so that they could be attached to the sides of the cubes.

Look at our mixed up cubes: 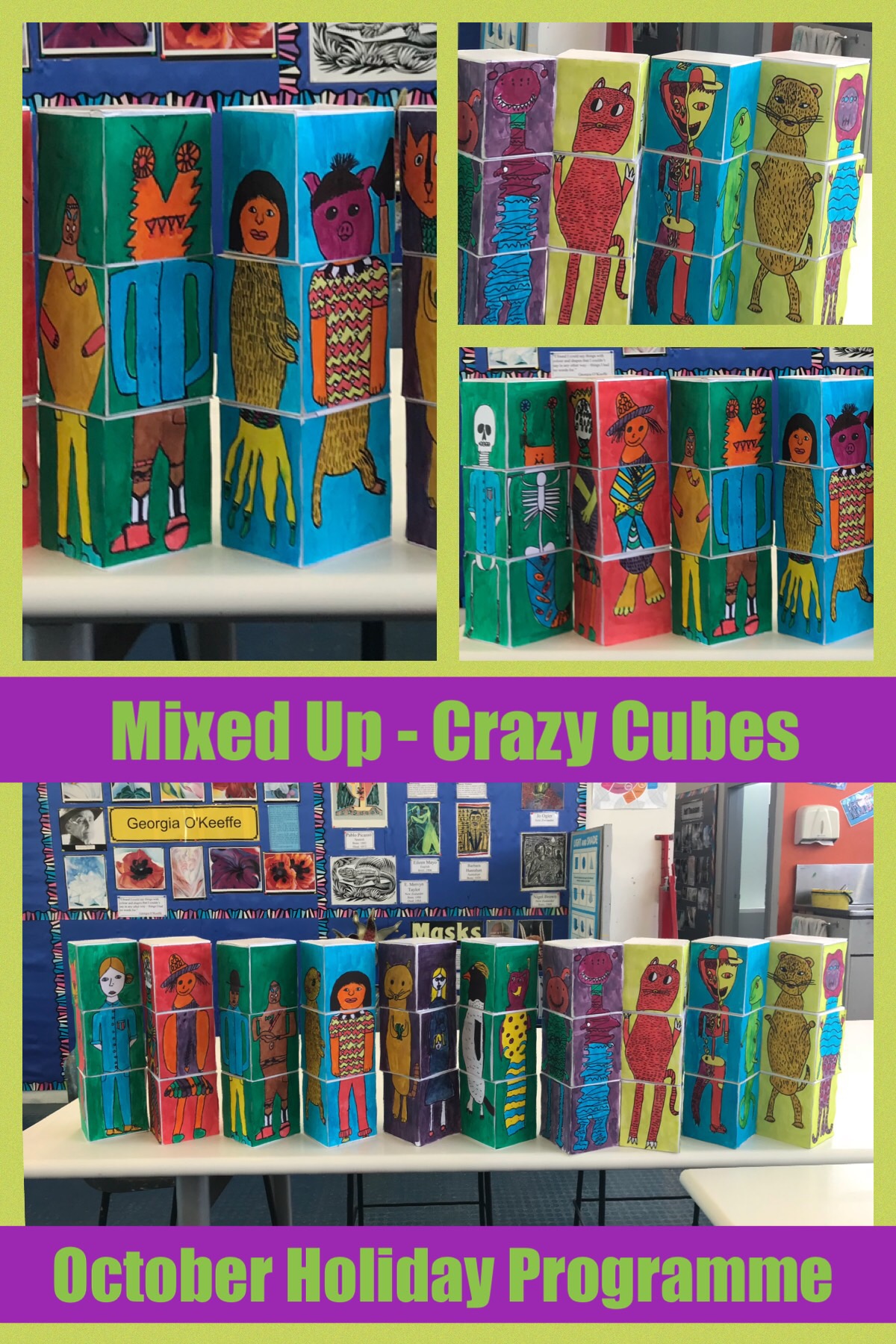 After my recent trip to France and the castles and chateaus I saw there I thought that it would be fun to create some medieval castles using clay.

For those children less experienced with clay they began with some skills sessions and some simpler pieces before they made their 2D castles.

There was even a Rapunzel in one of the 3D towers.

The older and more experienced children made the castles with 4 towers.

The children used the clay slab roller and the clay extruder as part of this programme. 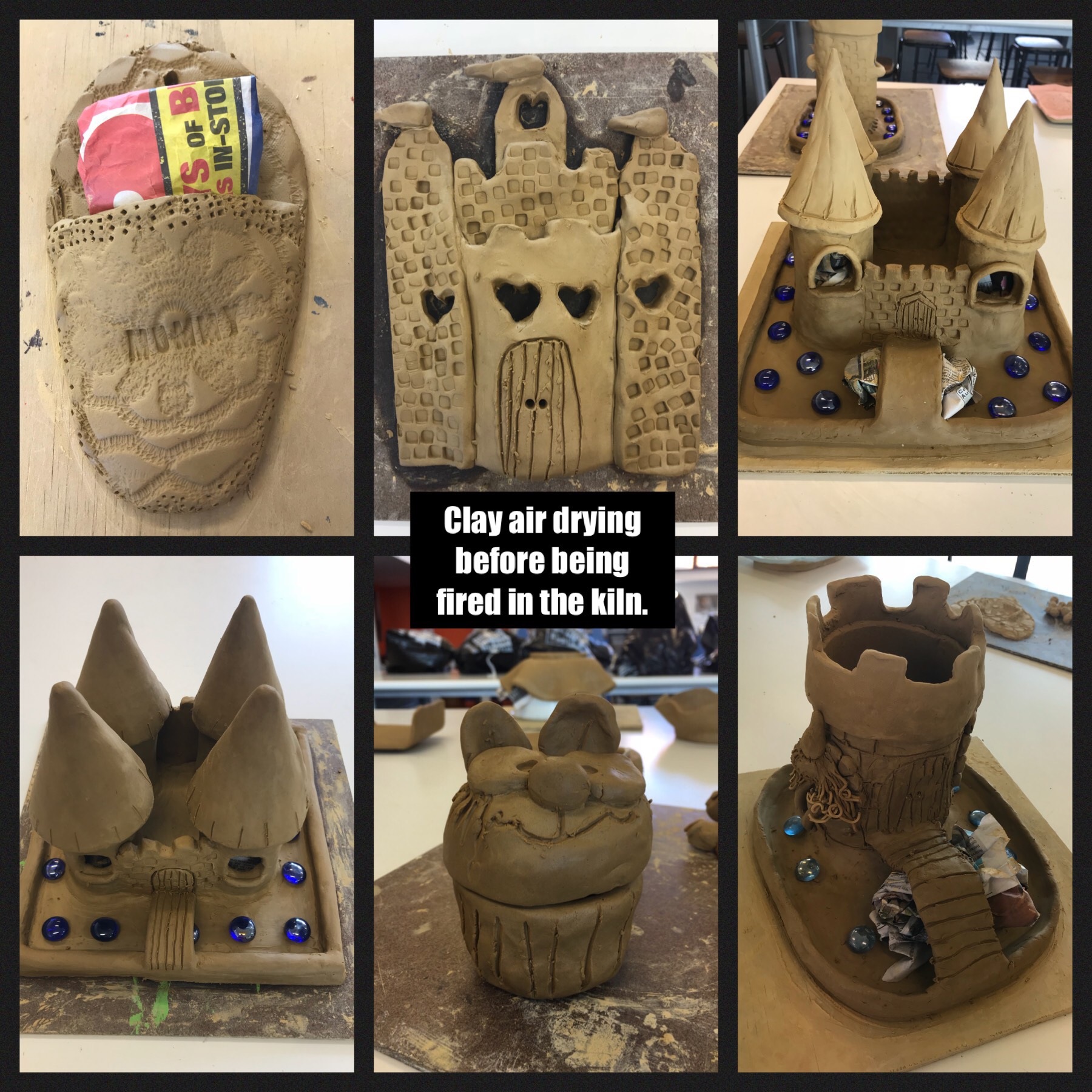